Segway, known to many from the range of personal transporters of the same name and its e-scooters, has developed an innovative product range for the garden, the “Navimow” robotic mowers.

Unlike most commercially available devices, Navimow does not require the installation of boundary wires in the garden. Navimow uses a technical innovation called EFLS (Exact Fusion Locating System), using Real-Time Kinematic (RTK) positioning system to significantly improve the positioning accuracy, through a combination of a gyroscope, odometer, accelerometer, magnetic compass to give centimetre level accuracy.*

The locating module on the mower communicates simultaneously with the satellites and the antenna to form a stable triangular locating system to precisely position the robot and utilising the GNSS system which uses multiple satellite-based systems, such as GPS, BeiDou, GLONASS, Galileo, means that it can maximise the amount of satellites that the robot is talking to, compared to just using GPS.

"At the core of this technology is the use of GNSS satellite signals to achieve centimetre-level outdoor positioning accuracy through real-time kinematics," explains George Ren, General Manager at Segway BU.

The centimetre-precise positioning and systematic mowing patterns increase efficiency and contribute to perfectly manicured lawns. Thanks to built-in sensors and a wealth of information, the robot can operate stably even when the satellite signal is temporarily weak. A map in the app can be used to set precise zones and boundaries defining where Navimow should work, where the boundaries are, and which zones in the garden it should avoid when cutting. "Once the working area in the garden has been defined, Navimow does not criss-cross, but rather determines a systematic mowing path thanks to its intelligent navigation algorithm and follows it," Ren points out. 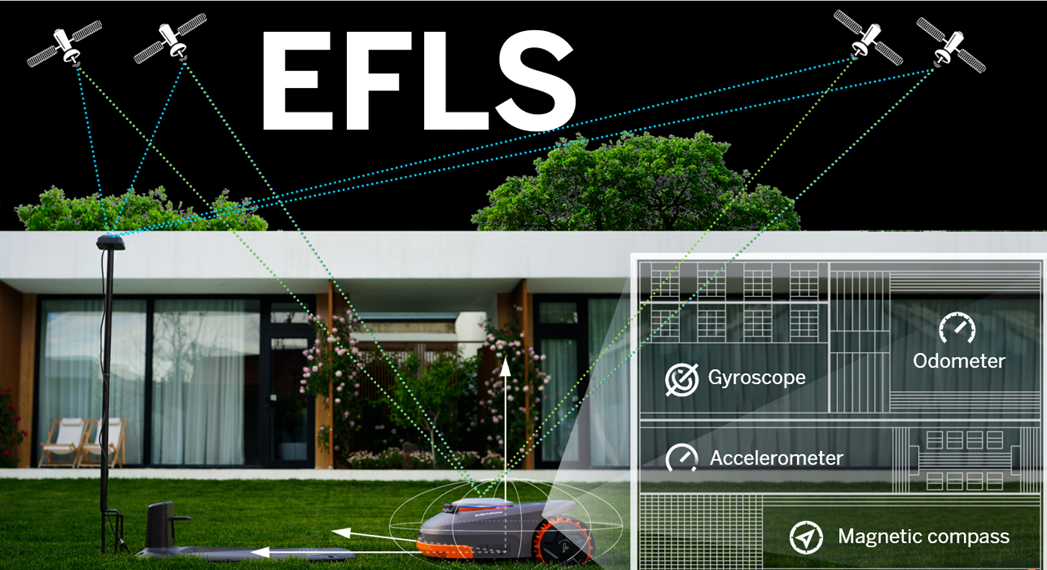 The range consists of four models with cutting performance from 500m² to 3,000m² and are the quietest robotic mowers on the market at only 54dB. The cutting height is easily controlled from the app through seven positions from 60mm to 30mm in 5mm increments and can be set without having to be that near to the machine.

The offset blades allow cutting as close as possible to edges and corners. The robotic mower also features an IPX6 water resistance rating, meaning it can withstand rainfall and be washed off with a hose pipe. Also "With its five-centimetre-thick rubber all-terrain wheels, Navimow will easily master inclines of 45 percent, Ren says.

Any dealers that would like more details or who would like to register their interest in becoming a Segway Navimow dealer can contact Barrus at segway@barrus.co.uk.

Phil Noble, Divisional Sales Manager for the Lawn & Garden division of EP Barrus said “I am really pleased that we have been able to secure the distributorship of these exciting new products. I have been extremely impressed with the quality of the components and the support we are receiving from this technology giant, which has brought its knowledge of building technically advanced products to a Robotic mower segment. I really do believe this is a game changer in the Robotic mower market and it’s come at the right time as we have seen this market steadily rising in the UK in recent years”

Find a Dealer near you

For expert advice and support contact your local dealer

Barrus is committed to the highest standards of customer service.