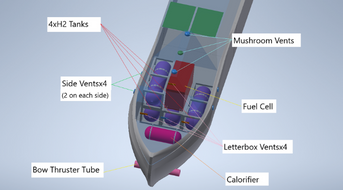 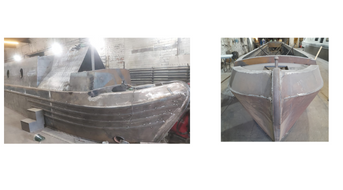 Barrus has partnered with Bramble Energy on a public sector funded project. The aim of the project is to deliver a hydrogen-powered hybrid narrowboat and use it as a test vessel to understand assurgent hydrogen technologies.​

​This will give Barrus an opportunity to understand the limitations and potential applications of hydrogen within the marine and industrial sectors. As well as providing a mechanism to collaborate with the key players within the world of hydrogen Power. ​

​The vessel currently in build is a 57ft narrowboat, that will belong to Barrus once the project is complete and serve as a demonstrator for Barrus products. ​

​The Vessel will be driven by an experimental 15KW motor which will hopefully become a part of the company's Shire engine range. It will be powered by a hydrogen-electric series hybrid powertrain consisting of a 22Kwh battery system (Whisper Power) and a 10KW hydrogen fuel cell. Charging for the system will also be subsidised by 12 solar panels situated on the roof of the vessel.

​Founded in 2016 Bramble Energy is a spin-out from UCL and Imperial College. Bramble Energy has patented passivation layer coatings which allow fuel cell membranes to be integrated within printed circuit boards (PCBs). This means that Bramble Energy can produce hydrogen fuel cells at a fraction of the cost without needing any new infrastructure. 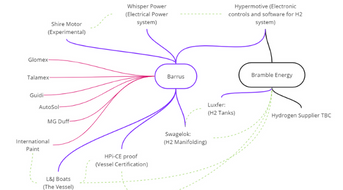 Hypermotive - Electronic controls and software for the H2 system